What is Coat’s disease?

Coat’s disease is an eye disorder characterised by abnormal development of blood vessels in the retina. These blood vessels leak fluid, causing lipid (yellow) accumulation within the macula (the central most part of the eye). Due to leaking blood vessels, the fluid accumulates under the retina, causing retinal detachment, resulting in reduced vision or complete blindness.

What are the signs of Coat’s disease?

Mostly the symptoms begin in childhood . Earliest signs include poor vision/ vision loss and crossed eyes. Sometimes a yellow or white pupil (leukocoria) is noticed. It mostly affects only one eye.

Who is at risk of developing Coat’s disease?

Coats’ disease is a rare disorder common in young boys. It is mostly discovered in children before the age of 10 years (severe form) however, it may also present in adults (mild form).

No cause has been identified.

How can your doctor identify the disease?

Generally the doctor advises some diagnostic tests such as:

Can Coat’s disease be cured?

Coats’s disease is a progressive disorder with no absolute cure. However, there are treatments to slow down the progression, and if detected -and treated- early, some vision may be restored.

How can it be treated?

The treatment varies from patient  to patient and depends on the severity of the disease at presentation.

What if Coat’s disease is not treated?

Coats’ disease, if left untreated, can lead to blindness or uncontrolled pressure inside the eye, sometimes causing pain. In severe cases the eye may have to be removed.

Rehman Siddiqui
Dr Rehman Siddiqui is an ophthalmologist based in Karachi, Pakistan. He is a Harvard Medical School and University of Aberdeen graduate. Trained in the United Kingdom, he specialises in complex retinal and cataract surgeries. He also performs LASIK laser procedures.
menu
© 2018 Dr Rehman Siddiqui. All rights reserved.
Gene Therapy for Inherited Retinal DiseasesRetina 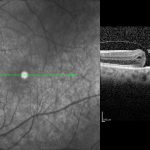